New, sobering CDC data summarized in a September 2, 2017 New York Times article demonstrate an exponential increase in fentanyl and fentanyl analogue deaths, reaching 20,100 in 2016 (see graph). The Times reports that these provisional data represent a 540% increase over three years and are greater than previously estimated. Final numbers are expected in December. 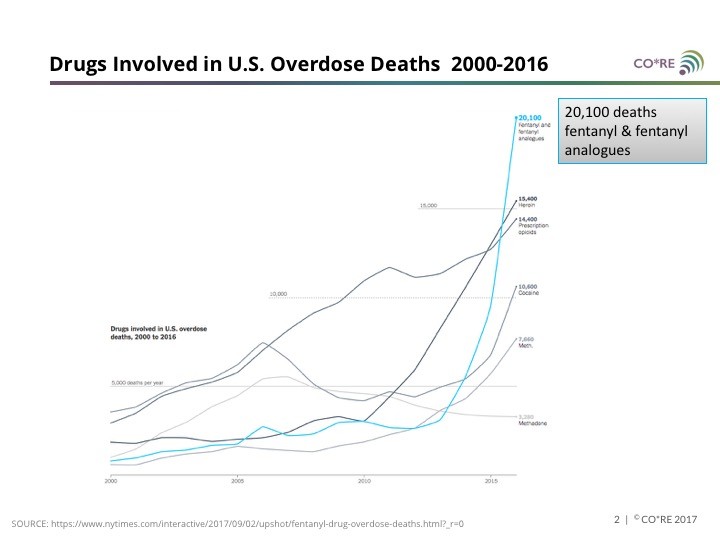 Although these illicit drugs are not prescription opioids, an August 2017 NYT article states “experts agree that the epidemic will not stop without halting the flow of prescription opioids that got people hooked in the first place.” Prescription opioid use has declined in recent years, but the U.S. still has the highest rate of all countries with an average 17.4 days of opioid use per resident in the U.S. versus the next highest average of 12.6 days in Canada.