A 2017 CDC Surveillance Report on Drug-Related Risks and Outcomes highlights some progress but much work yet to be done in curbing the opioid epidemic.

Unfortunately, opioid-related deaths remain on the rise and in fact have contributed to a decline in life expectancy for the second year in a row. The rate of deaths involving opioids increased from 2.9 per 100,000 in 1999 to 10.4 in 2015. From 2015-2016, deaths from fentanyl and other synthetic opiates more than doubled; deaths from heroin increased nearly 20%; and deaths from other opioids such as hydrocodone and oxycodone increased 14%. Additionally, a March 2018 CDC report  showed a 30% increase in emergency department opioid overdose visits from July-September 2016 vs July-September 2017, which suggests that the death trend will also continue to rise.

It’s also now clear that the true number of opioid deaths is undercounted: a recent study found more than 70,000 deaths from 1999-2015 should be reallocated from unspecified to opioid-related overdose as the cause. Another analysis found that corrected opioid mortality rates in the U.S. in 2014 were actually 24% greater than previously reported.

The CDC report concludes that opioid and other drug overdose remains a large and growing public health crisis for which additional measures are urgently needed. The CDC’s Opioid Overdose Prevention Efforts aim to improve data quality and tracking of trends; scale up promising and effective public health interventions (including PDMPs); supply healthcare providers with tools for evidence-based decision making (such as the Guideline for Prescribing Opioids for Chronic Pain); and partner across sectors to increase access to life-saving treatment such as naloxone.

Learn how to balance the risks and benefits of opioid prescribing in a CO*RE course. 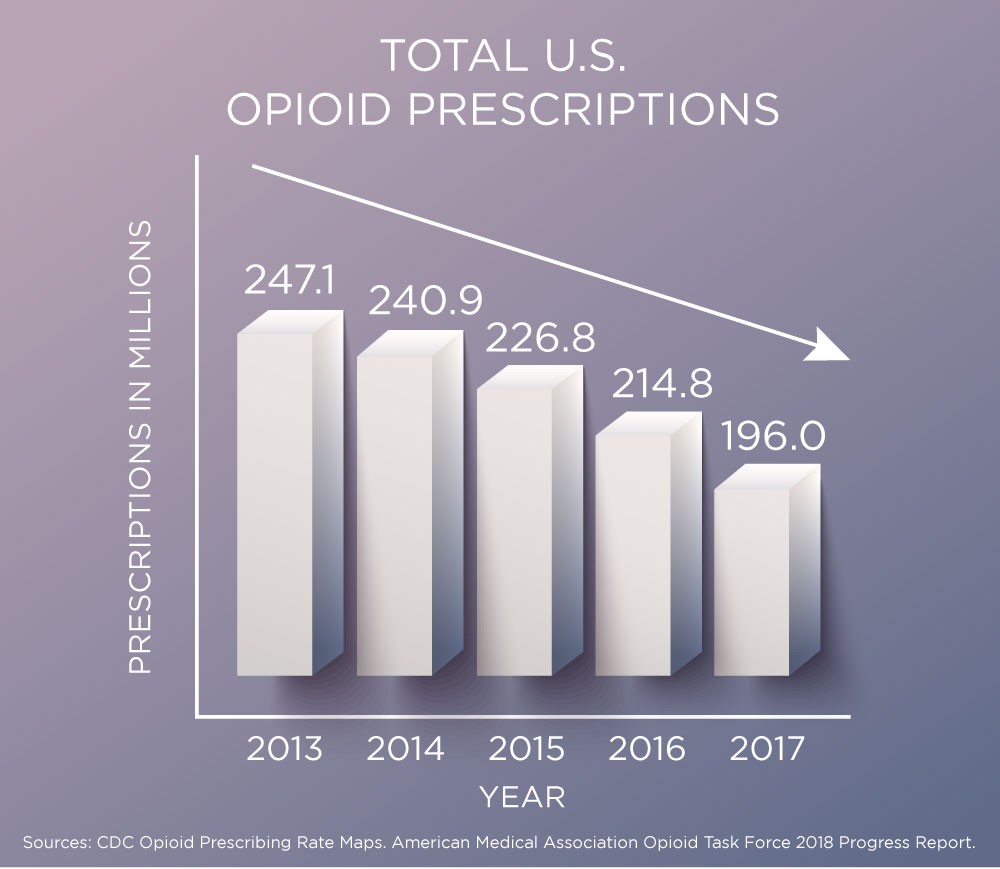